“We are thrilled to welcome Nile to ADF and Durham as our very first full-time Director of Education,” ADF Executive Director Jodee Nimerichter said. “Nile brings a wealth of experience as an educator and artist and we are very impressed by his vision for the future. He is a great fit to lead this new chapter of the ADF School.”

“To work at ADF is truly a dream come true,” says Nile. “I look forward to working closely with faculty, staff, and students in efforts to devise a curriculum that will lead us into the festival’s 90th year and beyond.” 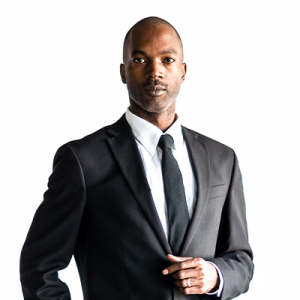 Nile is originally from Baltimore, MD. At the age of fifteen, his dance teacher, Ilona Kessell, gave him his first chance to choreograph and teach. This opportunity opened his eyes to the creative mindset and communal impact of arts education. He received a BA in Dance from Connecticut College, where he had the guidance of wonderful dancers and professors, including Dan Wagoner, Lan-Lan Wang, Jeff M. Rebudal, Robyne Watkin, David Dorfman, Eddie Taketa, and Jeremy Nelson.

In 2002, Nile traveled to Mysore, India, to pursue Temple and Architecture studies and Bharatanatyam dance at the University of Mysore and was able to teach modern dance classes to women and youth in the community. He moved to New York in 2004, co-founding CaN Dance with Charly Wenzel and dancing and teaching with Silver-Brown Dance, University Settlement, LeeSaar The Company, Luis Lara Malvacias, Stefanie Nelson Dance Group, and Naganuma Dance. During his time in New York, he also taught classes in Santo Domingo, DR, and New Orleans, LA.

In 2009, Nile joined Pilobolus Dance Theater and later became Dance Captain, also taking on duties as Education Coordinator, scheduling and communicating with participating schools, institutions, and individuals, training new teachers, and developing new educational practices. He also helped to implement the company’s policy of dual teachers for each workshop with two teachers creating and instructing each class together so students could see a real-time example of a collaborative process. Nile moved to Denver, CO, in 2014 and has been a movement consultant for the Denver Center for the Performing Arts and a choreographer for the Arvada Center and Neighborhood Music Theater as well as an educator at multiple schools and studios across the state, such as Denver School of the Arts, Parker Dance Academy, and Colorado Conservatory of Dance.

While based in Denver, he has performed with Rosie Herrera Dance Theatre and collaborated on and directed commissions for Crystal Bridges American Art Museum, the Momentary, the Clayton Members Club & Hotel, and multiple music videos. He has also been the creative director on community projects for educational and nonprofit organizations, taught movement workshops for California State University, and continued his work with Pilobolus as a Teaching Artist. He is a founding member of Flow Kakou, an educational nonprofit in Hawaii focused on community outreach and the creator of TWYLI, a movement-based initiative for enhancing virtual meeting engagement.

Nile has performed and taught in over 20 countries, 49 states, and four continents and has experienced a wide and wonderful range of people and cultures. He thanks his mother, Sharon Russell-Pinchback, husband, Isaac, and longtime mentor, Ilona for their constant love and support. Nile and Isaac are very excited to move to Durham and join the ADF community. Welcome, Nile and Isaac!

About ADF: Since 1934, ADF has been a recognized leader in America’s homegrown art form, modern dance. ADF is committed to serving the needs of dance, dancers, choreographers, and professionals in dance-related fields. The best companies in the world premiere work as part of the festival held each year in Durham, North Carolina. The festival has commissioned 453 works and premiered over 700 pieces including dances by Martha Graham, Merce Cunningham, Bill T. Jones, Eiko Otake, and Paul Taylor. ADF trains dancers both with its summer intensive programs for pre-professional and professional dance artists and year-round classes for movers of all levels and ages. Choreographic residencies provide artists with the necessary space and time to create. ADF shares the benefits of dance with free workshops like ADF Project Dance, in-school and after-school outreach programs, and the Parkinson’s Movement Initiative, movement classes for people with Parkinson’s and their care partners.